Bordering Ethiopia, Sudan, Somalia, Uganda and Tanzania, Kenya has a population of approximately 40 million and includes representatives from more than 70 tribal groups.

Largely known for its  expanse of tourist attractions, Kenya remains to this day a country struggling with the effects of poverty.

More than 50% of the population lives below the national poverty line, with 40% living on less than $2 a day. Due to lower life expectancies and the ravages of HIV and AIDS, only 2.7% of the population is aged over 65 years and 42.2% are aged under 14 years. The median age for a Kenyan is just 18 years and the average life expectancy is 59 years. In Australia, it’s 82.

Child mortality rates are also staggeringly high with 85 deaths per 1,000 live births. Disease, lack of quality antenatal care and hunger cause the majority of these deaths. In Australia, this figure is just 4.61.

Many African countries, including Kenya, have been decimated by HIV. The rate of HIV is significantly higher in Kenya at 6.3% compared to Australia’s 0.10%. In rural areas the percentage can be as high as 40%. Education and detection programs, alongside quality treatment programs – especially those that deal with mother to child transmission – are essential in reducing the burden of HIV/AIDS in Kenya.

Sadly, though, it’s the simple things that too often cause death and disability in Kenya. Food and waterborne diseases are responsible for the majority of infant and child deaths, alongside the constant threat of malaria. Typhoid, hepatitis A, schistosomiasis and rabies also affect a number of local communities. Jiggers (a parasitic flea) and a lack of access to essential vaccinations also cause an avoidable number of health care problems, especially in rural areas. 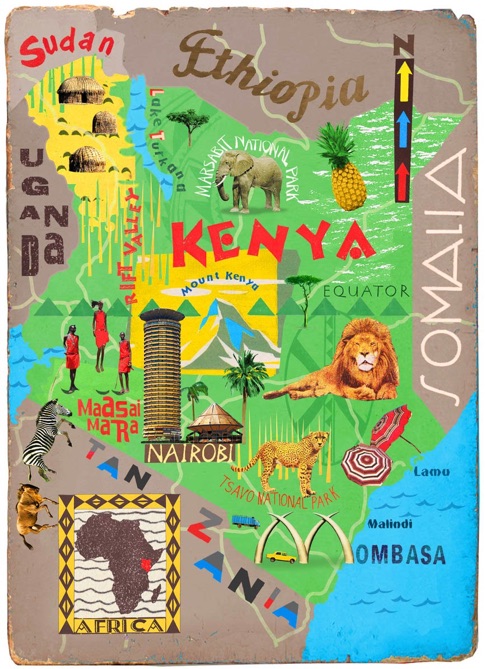